Arsenal striker Gabriel Jesus has been impressive since he left Premier League holders Manchester City this summer. He has found the back of the net on a regular basis in pre-season as the new Premier League season draws closer. 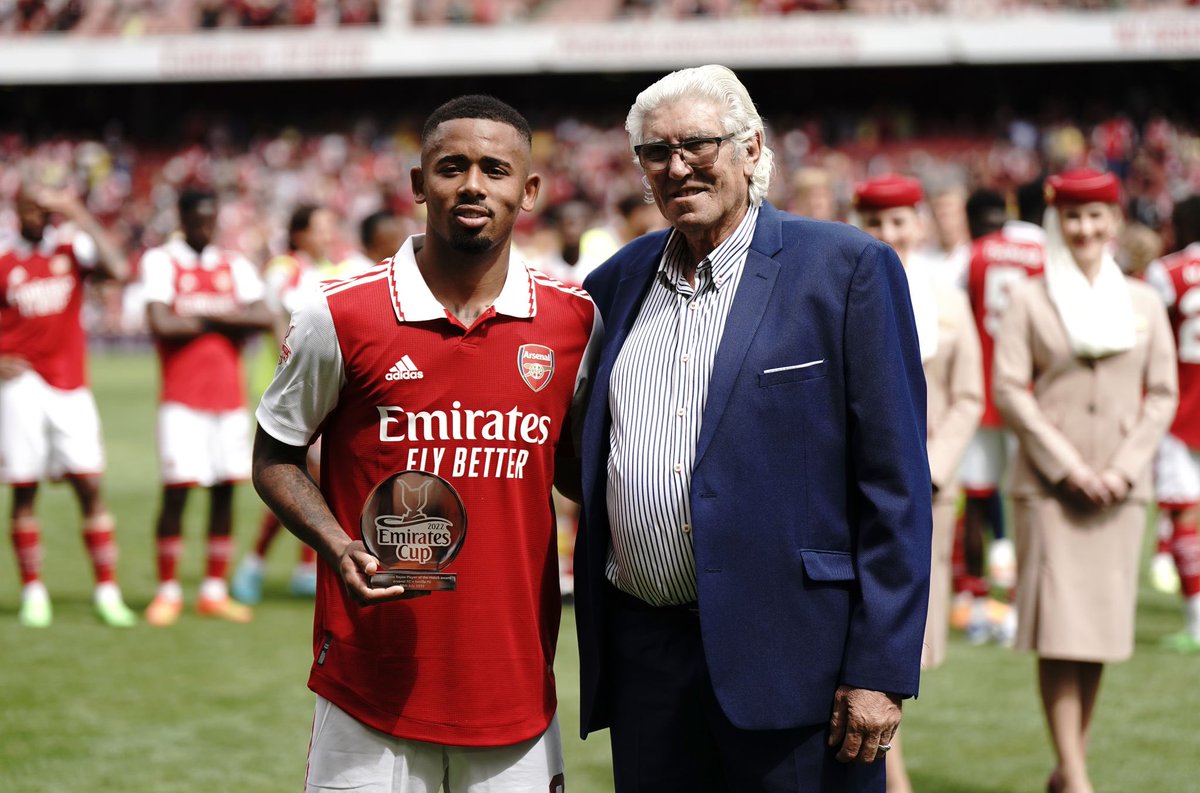 In his latest appearance for the Gunners in pre-season, Jesus scored a hat-trick to propel his new team to a 6-0 win over Spanish La Liga outfit Sevilla in the Emirates Cup. The Brazilian attacker scored twice in the first half before he completed his treble in the second half. England international Bukayo Saka was also on targetfor the Gunners during the game after his first half brace. England junior international Eddie Nketiahcame off the bench to score the sixth and final Arsenal goal.

Gabriel Jesus gave the Arsenal fans something to shout about following his brace in the second half of the Nuremberg game. The Brazilian attacker came off the bench at the start of the second half and he scored twice to help his new team come from two goals down to beat German club Nuremberg 5-3. Fellow substitute Mohamed ElNenny also scored for the Gunners.

In his second Arsenal game,Gabriel Jesus scored the first goal in a 2-0 win over fellow Premier League side Evertonon tour of the United States (US). England international Bukayo Saka was responsible for the other Arsenal goal against the Toffees. In the next game, Jesus failed to score as a substitute during the 3-1 win over Orlando City from the MLS (Major League Soccer).

New Arsenal signing Jesus came into the Florida Cup final clash with Chelsea last week Saturday on a pre-season return of three goals in three games and he was able to make it four goals in four games with the opener on the way to a 4-0 win over the Blues. His treble against Sevilla made it seven goals in five games.