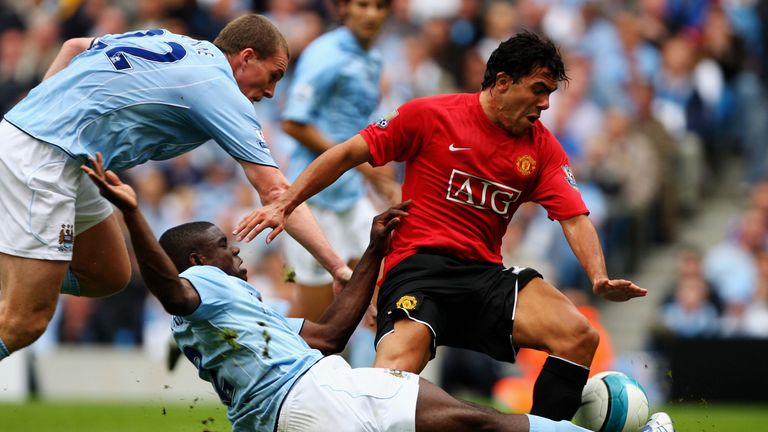 Much has changed over the decade for Richards, who, after suffering relegation to the Championship with Aston Villa, now finds himself down the pecking order at the Midlands club, behind the likes of Tommy Elphick, James Chester and Nathan Baker. With only three appearances to his name this season, it appears an opportunity will only come for the player should injuries or suspension occurs.

Bursting onto the scene as a teenager, Richards made his senior club debut against Arsenal in October 2005, he made quite impression both on and off the pitch, when after scoring a last-minute equalizer in the FA Cup fifth-round clash with Aston Villa in February 2006, he swore on television. But despite the F-bomb blunder, it was refreshing to see a youngster show genuine passion and his youthful exuberance only endeared him further to the city faithful.

The Birmingham-born star would not have to wait long to feature for his country and was picked by Steve McClaren to play against the Netherlands. He featured 11 times scoring once against Israel at Wembley in 2007.

The same season, Richards had cemented himself as a first-choice member of Sven-Goran Eriksson’s Manchester City side, becoming the youngest player to captain the club in a match due to the absence of Richard Dunne.

The takeover of City by the Abu Dhabi United Group in 2008 saw the influx of high-profile players, but it was to be the arrival of Argentina’s Pablo Zabaleta – who signed a day before the change of ownership – that would have the biggest impact on the long-term future of Richards.

Four years on from his England debut, Richards had made just one international appeaerance under Fabio Capello. He suffered ignominy after he was taken-off at half-time as City fell 3-1 to sunderland at the Etihad in March 2012, with their title aspirations under threat, they battled back to draw 3-3. From then on, he was replaced by Zabaleta as The Citizens went on to win the league.

Injuries also hampered his career and failure to affirm himself a starting XI took Richards to Fiorentina on a season-long loan. But shortly after his arrival, Manager, Vicenzo Montella changed to 3-5-2 formation that made him struggle for a role.

After just 17 games in all competition, he signed a four-year contract with Aston Villa on a free transfer. Life in the West Midlands began with some promise as http://www.soccerfirst.net
of the club leading them to a 1-0 win away to Bournemouth in their first game of the 2015/2016 season. Villa failed to register another victory in the league until January 2016. Eventually, with just 17 points to their name, Aston Villa was relegated to the Championship.

Still only 28, Richards has plenty of playing time left, but it is unlikely he will ever become the star he once was.